Sitting Down with the Guy Who Knows Philly Better Than You

Joining me this morning on the Sit Down is lifelong Philly native and self-employed window tinter, Danny "Ray-Bans" Carbonara, who claims to know the absolute best things to do and eat in Philadelphia, hands down. Danny grew up in the North Philly suburb of Jenkintown, where he says he and "his boy B-Coop" used to "raise hell and pull crazy tail."  I haven't mentioned to him yet that Bradley Cooper graduated high school when he was five, and I probably won't.


CC: Good Morning Danny, how are you today? 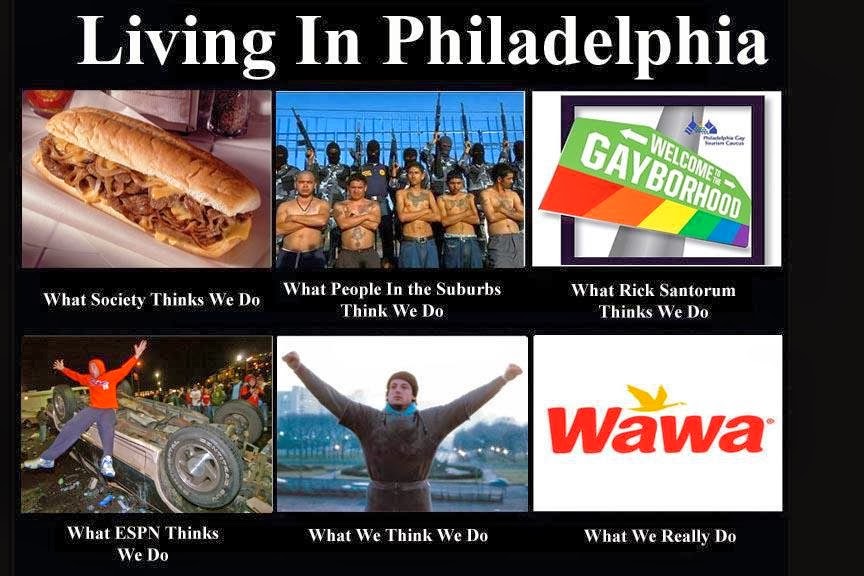 Danny: I'm good, good, how you doin? You'll have to excuse my outfit, I, uh, slept at my Uncle Dino's house last night...


[Danny is wearing ripped sweatpants and a Jim McMahon jersey with a patch sewn on the chest that says "I'd Fuck Me."]


We went out and got a little bit crazy after that tough Eagles loss on Sunday. Friggin Cowboys, I mean for real, If God could just have the decency to crash their team's plane into a mountain, I might actually start going back to church.


CC: That's probably not on God's end-of-year agenda, but as a Giants fan, I understand your point. What's more confusing is that the Eagles game was four days ago? But whatever. So Danny, I hear you started your own custom auto business, "50 Shades of Tint." Have you always been an entrepreneur? 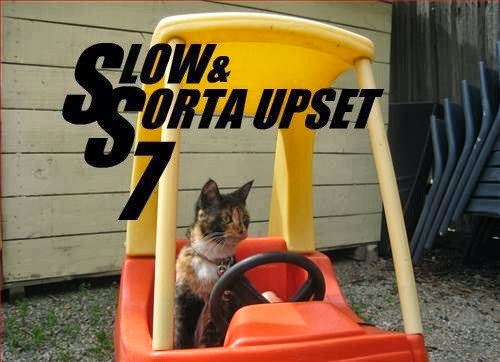 Danny: Yeah that's right. It's auto tinting, but I also do boats, and planes too if someone happens to need a little privacy in the sky, youknowwhatimsayin?! Business is good, I mean, I have like 35 fans on Facebook, and some pretty sweet Vistaprint cards right here. [hands me one] They're a little hard to read, I know, I didn't realize the black type on the black background would turn out that way. And no, I actually used to work security at Chickie & Pete's for forever, but I got fired last year for some bullshit about being too drunk at work and blah blah. Politics bro!


CC: Absolutely. So you claim to know Philly better than any travel book or tour guide. That's a bold statement. Philly is an incredibly dynamic and vibrant city with an intricate and storied past. Let's start with cheesesteaks. I'm assuming Pat's and Geno's are too pedestrian. Who do you like: Jim's, Tony Luke's, John's maybe?


Danny: None of em! They're all overpriced tourist trash. You gotta go to Mickey Bougainvillea's in Southwest Philly like 12 miles past the airport. It's in a strip mall, between an OTB and a Chinese rub 'n tug. There's no sign out front, just a phoney eviction notice and a little note that says 'Deliveries around back.' Well, you go around and through the metal door with the pentagrams or Jewish stars graffiti all over it - I always get them confused. Then BOOM! You're in Mickey B's kitchen. If he's not there, you just gotta wake up Jelena. She's usually napping in the hallway, she'll get Mickey for you. Cash only, BYOB. Best fucking cheesesteaks in Philadelphia. The BEST. 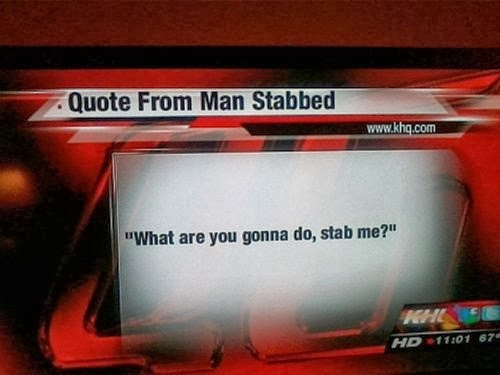 CC: Well, I mean, I'm not sure if people are going to want to venture that far out into what seems like a pretty sketchy scenario, but I'll take your word for it. What about best brewery? Where should folks go to sample some of Philly's most innovative and delicious beers? Yards, Victory, PBC?

Danny: Fuck no! Those places might as well be pouring Budweiser. To get a taste of real Philadelphia beer, the kind of brew that embraces our tradition of independence and takes you on a journey through the pages of history, you gotta go to Rock Bottom Brewery at the King of Prussia Mall. Get the Pumpkin Ale and prepared to be blown away - all the way back to 1777 when Ben Franklin was president baby!! BOOM!

CC: But Rock Bottom is a fairly modern national chain that started in Denver, Colorado and has like 40 locations across the country? How is that...I mean...and Franklin was never...who the --

Danny: Listen CC, if you're not gonna trust Danny 'Ray-Bans', who you gonna trust? I'm the guy people come to for the realness. If you wan't to follow your little Zigzag Guide around and only go to places with Michelin Man stars or whatever, be my guest. But if you wan't the truth, you come to me.

CC: Did you really not know it's called Zagat? And why do people call you "Ray-Bans" by the way? I'm only asking because you're wearing Oakley's.

Danny: What are you stooopitt? You got Alzheimer's? I already told you, I own a window tinting business...I provide shade for people. Hence why I gave myself that perfect name. It's starting to catch on I think.

CC: Nevermind the awkward, troublesome context, you gave yourself the nickname? With the hyphen and everything? I don't know what to say. Umm, we're running out of time here Danny, how about historical locations. If someone was in our great city for just one day, what would you tell them they absolutely MUST see? I'd probably recommend a walking tour from the Italian Market, up through the Old City landmarks and Reading Market, Chinatown, down past City Hall, then out to the Art Museum and up into Fairmount Park. Danny: All garbage. Besides the Rocky Statue, which you barely implied, all of your suggestions suck worse than the last two Die Hard's. If someone had only one day to walk around, I would tell them to check out George Washington's grave for sure, the actual Civil War treaty, the hospital where Thomas Jefferson died and the nation's first train station. Maybe the site of the Wright Brother's first flight, but I heard that one might actually be closed now after 9-11, you know for security reasons. If they had a little more time, they could climb aboard the Mayflower docked right here on the Delaware. Or see the Excalibur, the legendary sword of King Arthur, on display near the Liberty Bell I think. I'm pretty sure - unless they moved it when the government shut down.

CC: Danny, none of those things are in Pennsylvania. In fact, most of them don't even exist. I assure you, the town of Kitty Hawk is not closed. Never was. Couldn't be. And for God's sake, the Excalibur is a mythol-- Alright listen, I appreciate you taking the time to talk with me, and hopefully readers will check out some of your suggestions, if they can find them. Best of luck to you and your business.

Danny: Shooa, no proooblem. If you know anyone who needs anything tinted - anything at all - have 'em call Ray-Bans. Like I always say, if you can think it, I can tint it! 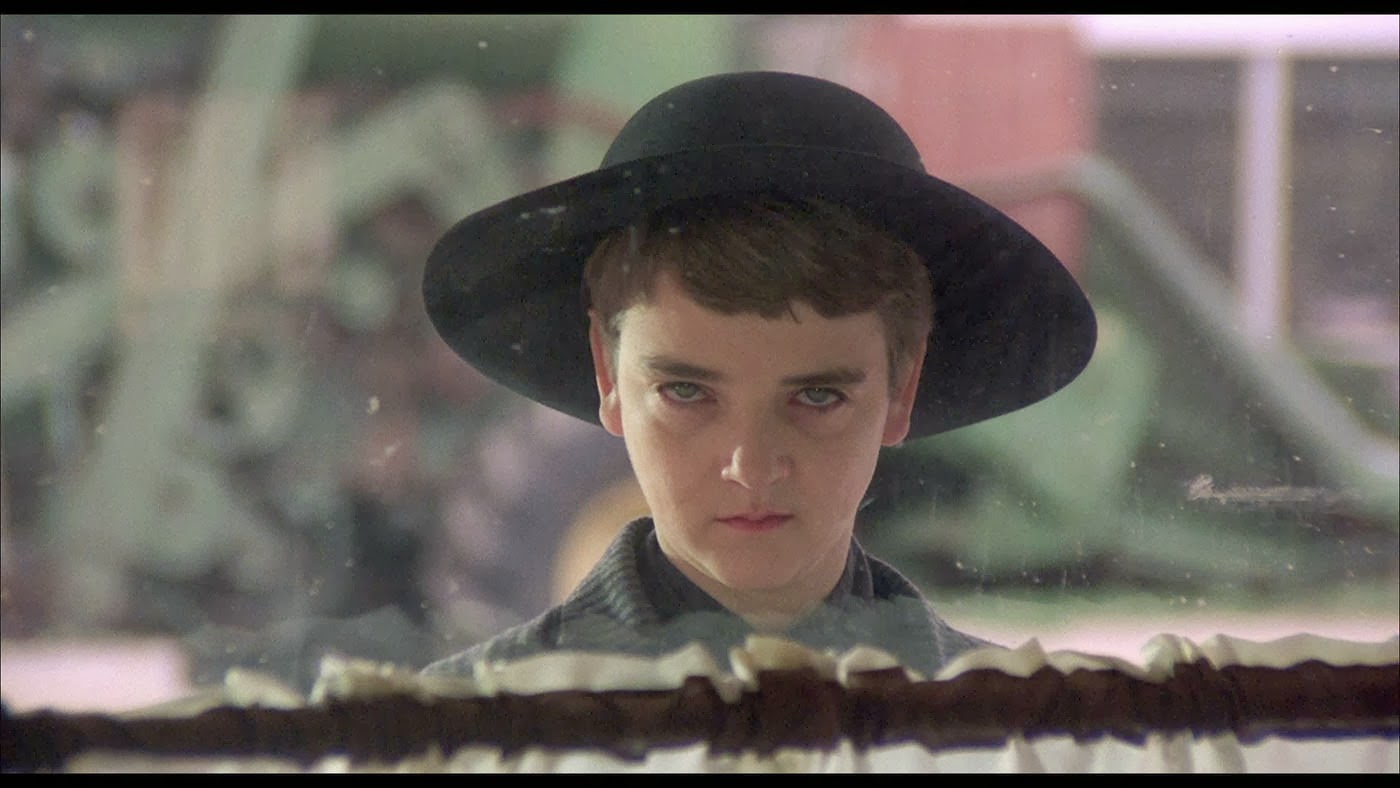 "Don't forget to visit our lovely, pastoral farms. We await your arrival. Always."

Posted by insaneitalian at 9:59 AM